“We always had a grand Christmas supper – Turkey, plum-pudding etc. – at the end of the Winter Term”

In Lambrook’s 160th year, we have delved into the Lambrook School archives to find out how Lambrook has celebrated Christmas in the past!

Here are a few recorded highlights:

Between 1932 – 1934, it was recorded that the Lambrook Carol Service took place on the last Sunday of the Michaelmas term, and took place in the Chapel. 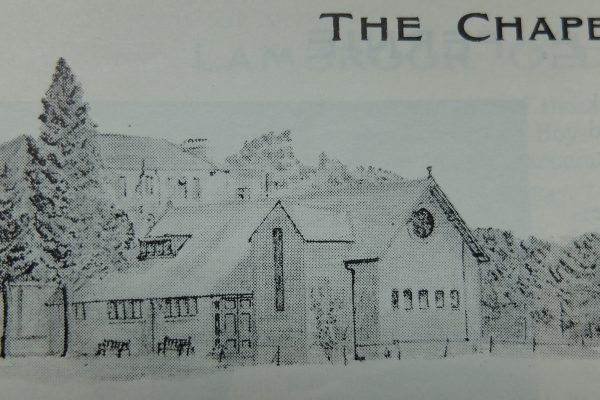 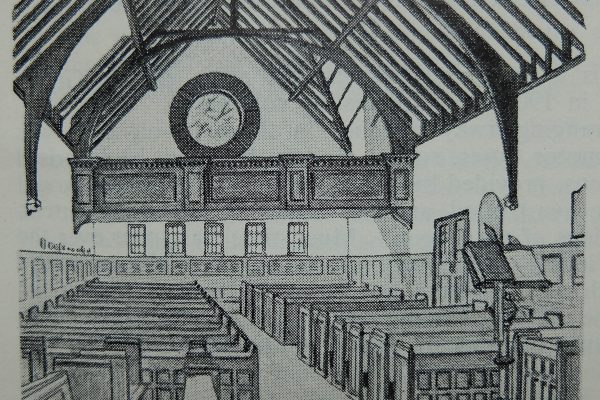 Post war, in 1945, Lambrook used the Nine Lesson Carol Service of King’s College, Cambridge, as the structure for their Carol Services, with the lessons read by a member of each form.

In 1949, the Carol Service was held in the Parish Church, St Mary’s.

“This year we have been invited to hold our Carol Service in the Parish Church on the last Sunday of the term (Dec. 11th), and have readily accepted this kind invitation as it will enable many more parents and friends to attend the service. We thank the Vicar for giving us this opportunity, and at the time of going to press we are practicing hard in the hope that our service will give pleasure to parishioners as well as to our own friends.

Such a large building enabled many more visitors than usual to attend the service and the church was filled from end to end. Many of the congregation even stood at the back and in the aisles. Mr. Duckett and the Choir and the readers had worked hard beforehand to produce singing and lessons which we hope were worthy of the occasion.” 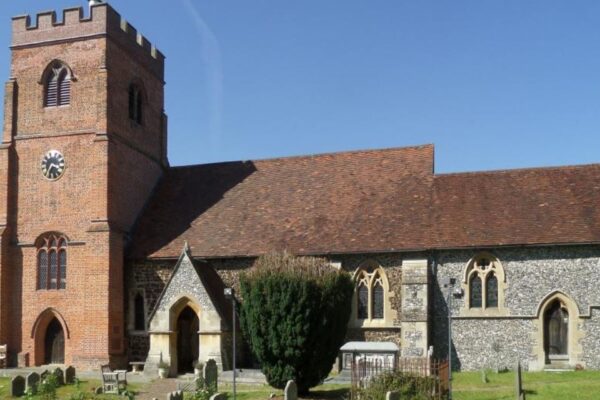 In 1951, The Carol Service was held on the evening of the Old Boys’ Day and the church was filled with Old Boys.

In 1974, more than four hundred friends and parents attended the Carol Service on the last day of the Autumn Term in Winkfield Church. “The Carol Service continued to be “the event of the choir’s year. The Choir, kindly augmented by members of staff, sounded at its best.”

And it wasn’t just Chapel Services that were recorded in the Lambrook Chronicles:

In the early 1980s, we have the beginnings of the Lambrook Christmas Fair; the first one being born out of the sale of Christmas goods at the end of a Christmas Chapel service:

“The Art Department busied themselves to good effect during the second half of the Christmas Term and after Chapel on the last Long Visit Sunday a sale of Christmas goods was held in the new Art Room. Christmas cards, calendars and all manner of toys and decorations were on sale as a result of which £50.74 was sent to the Kampuchea Fund organized by Blue Peter.” The Chronicle, 1981

In 1982, “The Art Room lifted its veil of sticky glitter on the last Long Visit Sunday of the term to reveal its Christmas Fair, the result of several weeks of feverish activity. Candles, calendars, ceramic figures and fir cones, not to mention peppermint creams and chutney from the Lambrook larder (what hidden talents we unearthed!) were just a few of the items on sale. Within a short period of time, kind parents and friends had helped us raise £136 for Helen House, a recently opened hospice for severely ill children.”

In 1984, More than six hundred Old Boys, Parents and boys gathered for the family Carol Service.

In the late 1980s, Lambrook singers, took part in some carol singing around the local neighbourhood:

“We walked down the road with the school hurricane lanterns to the house of Mr and Mrs T., where we were kindly received with a nice hot cup of tomato soup and some buttered French bread. As a token of our gratitude, we sang a few carols and then moved on.

At the next house our playing was also appreciated. The house owners showed their appreciation by coming out with lots of little sweets for us all. The band even had a percussion section consisting of side-drum and cymbals.

‘The Cricketers’ was a great success and we played almost all of our songs including our well-practised tune ‘Battle Hymn of the Republic’. People drew up chairs to watch us and every time the cymbals crashed they burst out laughing.

The last house was the house of Mrs S. we were given a mince pie and a much-needed drink to keep us going on the way back to Lambrook.”

Chronicles in the 1990s reported of Christmas plays, in addition to a Carol Service:

1993 “The best gift of all” was a musical nativity performed by 1C and 1D boys who were joined by the Pre Prep boys. Much hard work, role bashing and word learning went into the production. It was a fine opportunity for the younger boys to take part in what will certainly be the first of many Christmas productions.”

1994 “Barny”, the story of how the Christmas Carol “Silent Night” came to be written, was performed by the Pre Prep and Transition in Chapel at the end of the Christmas Term. The “Good Companions” from St Mary’s Winkfield, as well as a couple of local Nursery Schools, provided an audience for the Dress Rehearsal. The children thoroughly enjoyed being budding thespians particularly in front of the parental “Press Corps” with their cameras.”

1995  “A Search for Christmas, written and produced by Miss Beth Higgins, was performed to a packed Assembly Hall at the end of the Christmas Term. The story of Jesus’ birth was interwoven with tales of familiar and little-known Christmas traditions – an international and historic ‘search for Christmas’. Nativity scenes were interspersed with memorable songs linked by impeccable narration, and the play closed joyfully with ‘We wish you a merry Christmas’.”

1996  “This Christmas, the Pre Prep supported Operation Christmas Child, which involved children donating shoe boxes filled with gifts to needy children of their own age. The climax of the Winter Term was our Christmas play ‘Don’t forget the Manger’. It was a captivating and thoughtful play. Congratulations to the 57 children who performed, as well as those who directed them, and special thanks to the audience who joined the teachers and performers in a loud and lively chorus of “He will be with me” – the perfect end to the perfect evening.”

It is a real joy that many of these Lambrook traditions continue today, and include our Carol Service, which due to the large numbers, is usually held at Eton College Chapel on the last day of the school term.  Due to current circumstances, Lambrook has had to record its plays, concerts, performances, and the annual Carol Service, and then share with parents to watch at home. We hope that we will be back in the Eton College Chapel next December. 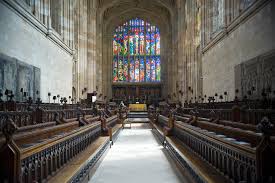