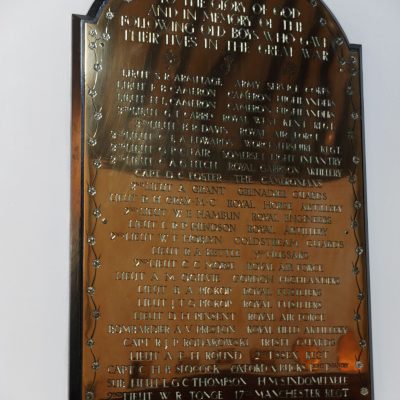 The centenary of the Armistice which brought the First World War to a close in 1918 provided a solemn focus for our Remembrance services last year.

The significance of that anniversary also inspired the production of a special booklet to commemorate Lambrookian Past Pupils who had fought in the Great War. It can be viewed via the following link:

This year, we honour in particular those Lambrookian combatants who returned home, having witnessed the destruction and survived the carnage, but still bearing the physical wounds and psychological scars of that conflict. Their names can be found on the wooden overmantel in the School Library, which was installed to their memory one hundred years ago, in 1919. 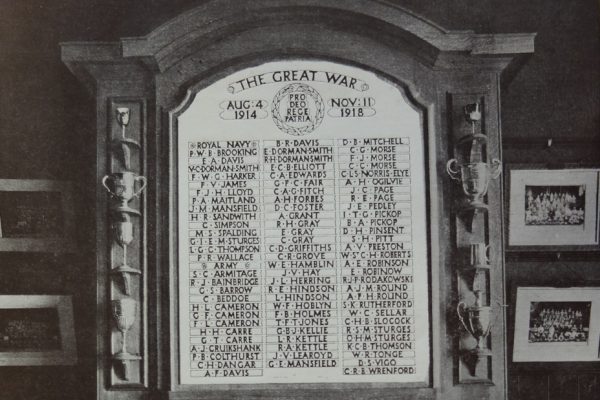 More recently, we were most privileged to have been given access to the contents of four fascinating and poignant letters, written on the Western Front by one such Old Boy – Archie Forbes. Subsequently returning to his former Prep School to take up a teaching post, Archie later became its Headmaster. His arrival, in 1920, was reported in the Lambrook Chronicle as follows:

“Perhaps the event of the Easter Term was the arrival of Mr. Forbes as a master. His first appearance at Lambrook was in May, 1907, and much could be written of his early days, if space permitted. He was in the football team of 1911 and the star eleven of 1912. He was one of the mainstays of the Theatricals of 1911, and was a great help at concerts for years. He ended up sixth in the school, and went from here to “Meadhurst” in 1912, to find Mr. Cameron head of the House. He had a distinguished career at Uppingham, where he became Captain of his House and Second School Praeposter, and was probably only deprived of his cricket colours by being called away to military duty in the middle of his last Summer Term. He was also leader of the choir, and will long be remembered for his musical attainments. After passing through a Cadet Battalion, he joined the Queen’s (Royal West Surrey) Regiment, and served in France for twelve months, winning the Military Cross for conspicuous gallantry. After the Armistice he went up to Oriel College, Oxford, where he played in the college cricket eleven and performed the duties of assistant organist with originality and distinction. For reasons of health he was obliged to leave Oxford in November, 1919, and he joined us here last January. What he has done for us, both in and out of school, during this last year we can all see for ourselves. Nothing is ever too much trouble for Mr. Forbes and Mr. Cameron, and we already owe them much. If any other Old Boys aspire to coming on to our staff (we hope they will), they will have to look to their laurels!” 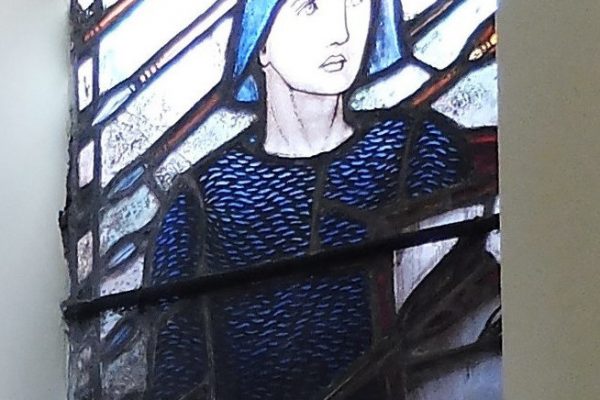 To Alison Browne, herself a Past Pupil of Lambrook, and to Ben Brownless, a former Deputy Headmaster of the School, we owe our sincere gratitude for making their grandfather’s touching correspondence available. In order to view images and transcripts of these documents, together with biographical information from Archie’s daughter, Isla Brownless, please follow this link:

There is a wonderful display of Prep school Remembrance Day art currently in the Churcher Room. If you get chance over the next few days please pop in. It is well worth a visit.