We were delighted to recently feature in Talk Education’s top 200 schools. Talk Education offers an online guide to the best of British independent education and wanted to ask Lambrook about how we prepare our pupils for the ISEB Common Pre-Test.

The Independent School’s Examination Board (ISEB) is best known as the body that operates the Common Entrance – the exam that was traditionally the standard jumping-off point for pupils moving from prep schools to senior schools in the UK independent sector. Daniel Cox was interviewed on how families could approach this test with confidence. 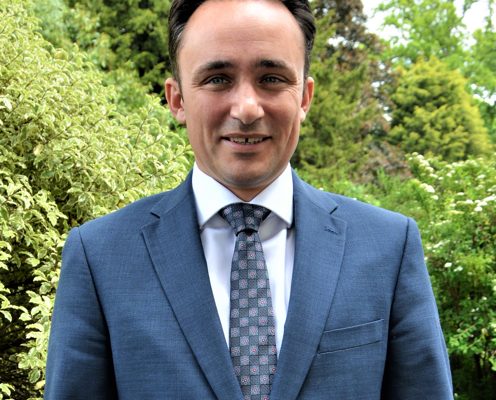 What is the ISEB Common Pre-Test? Why do pupils sit it? What should my child expect?

The ISEB Common Pre-Tests are normally taken by children in Year 6. The tests are age-standardised – which means that a younger child isn’t disadvantaged by a child who’s older than them in the same year group.

The test is a measure of ability, used to help inform senior schools about the suitability of a child thinking about joining their school. It’s one part of the evidence that senior schools will use, and sits alongside things such as the headteacher’s reference and any interview or admissions tasks as well.

The tests are taken on a computer and split into four different groups: verbal reasoning (36 minutes), non-verbal reasoning (32 minutes), English (25 minutes) and maths (50 minutes). Each one is multiple choice, with children selecting an answer from five possible options.

What is the Pre-Test actually testing?

One of the challenges for a prep school preparing its pupils for the ISEB Pre-Test is that there’s no set syllabus or curriculum to teach. This is an intentional move by the ISEB because it wants to create a level playing field. The test isn’t designed to test knowledge; instead, it’s to assess children’s ability to reason and problem solve.

Of course, it would be misleading to say that a child’s knowledge doesn’t bear them an advantage. The important thing is that when a child is preparing, they don’t get too focused on just one particular area, but instead they develop skills that they’ll be able to apply to their answers in the test – looking at shape, size and number for non-verbal reasoning, for example, and looking for patterns for verbal reasoning.

As a parent, should I be panicking about the test? What can I do to help my child prepare? Should I be strapping them to the computer with Atom Learning on repeat? Should I be employing a tutor? Or should I just relax and let my child rock up on the day with no special extra preparation?

It’s really important that parents recognise that senior schools don’t want children to be prepared, coached and taught to navigate the Pre-Test, but at the same time it’s important that children are familiar with the process. I often compare it to the cryptic crossword at the back of the newspaper – sometimes you look at the clues and it’s really difficult to work out the answer, but as soon as you understand how to unlock the crossword, it all suddenly makes much more sense.

Make sure that your children are aware of some of the skills they can employ while tackling the questions. But please remember: the admissions process serves an important purpose – it’s not just to get your child into a school, but to get them into the right school. If you foie gras your child and stuff them full of preparation and extra tutoring, you may find they’re shoehorned into a school which – in the long run – isn’t the right place for them. This can have a really limiting impact on their ability and potential. Your child won’t necessarily achieve the best possible outcome in the most academic school; they’ll achieve the best outcome in the school that is best equipped to meet the needs of their learning.

Listen to and trust your child’s school. They know the process really well and are best placed to guide you as to whether your child is on target – or whether you should have any concerns or any need for additional support.

My child had an off day on the day of the test and didn’t do as well as expected. Help! Is it the end of the world? Have they blown their chances at getting into the right school?

Pre-Test results are part of the suite of evidence that senior schools will use when deciding whether to offer your son or daughter a place. However, they aren’t seen as a red line that the child has to get over in order to be successful. Schools take a much more holistic view of a child – they’ll want to look at a prep head’s reference; they’ll want to meet the child, interview them and look at how they interact at various assessment days. The Pre-Test is just one snapshot – and while it is reflective of a child’s ability or potential, schools are very aware that there are also environmental factors (such as nerves or anxiety) that can play a part on the day. In these scenarios, a senior school will measure the results of the Pre-Test against all other factors – they’re looking for a joined-up picture, rather than trying to catch anyone out.

Is it really fair that pupils are being selected at 10, when they won’t be joining their senior school until 13? What if my child hasn’t fully found their full academic potential yet?

The pressure of Pre-Testing is largely not felt by the children, but by those around them (i.e. parents!) who recognise the importance of the situation. Being assessed at 10 can cause concern – and that pressure on the children is something we must all be mindful of as we play our role in supporting them through the process.

But there are benefits too – there is a huge advantage for a child to know what their future school journey will look like, and the stability it can bring those children in their last couple of years of prep school can be incredibly valuable.

Pre-Testing isn’t a one-stop-shop either – if your child sits the test in Year 6, and for whatever reason it doesn’t bear the results they were hoping for, there is every chance for them to re-sit and revisit other schools in Year 7, and often even as late as Year 8.

A Day in the Life of Saturday School