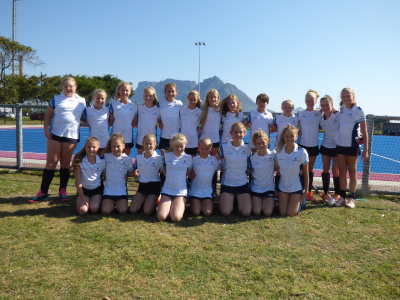 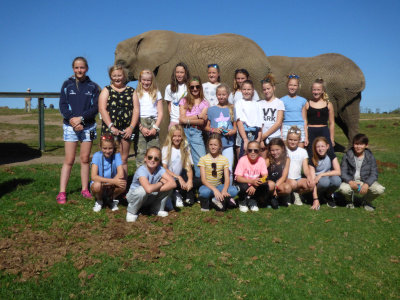 The girls started the tour playing hockey against the strong Colligate School. The matches were tough but the girls learnt a lot and were quick to get the girls’ signatures whilst they were socialising at match tea. After a long day of travelling, the touring side arrived in picturesque Knysna. The girls fed and learnt about the elephants at the Knysna Elephant Sanctuary and saw a baby zebra that had been born a few hours before.

After a relaxed morning, the girls were ready to play their second fixture against Oakhill School. The girls played brilliantly and it was clear that they had learnt from their previous fixture. There were some excellent goals scored by the teams, with the A team winning their match and the B team narrowly loosing theirs. At match tea, Oakhill’s Director of Sport presented three Lambrook girls with caps, to award them as players of the match. As the sun set behind the mountains, we said our goodbyes to Oakhill and made our way back to the hotel. The following day the girls headed to the beach for a much needed rest day. They had a fantastic time sand boarding – some of the girls were actually quite successful! The girls took great delight watching Mr Liddell struggle to stand up having strapped himself in to the board. He swiftly opted to supervise the girls in the sea after his stint on the sand! 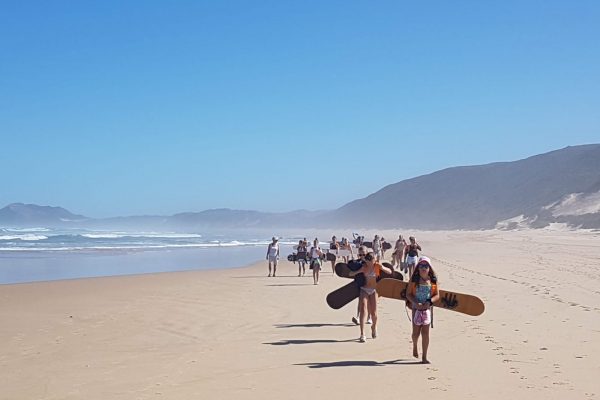 Following on from Knysna, the girls also loved their stay at the Game Lodge. Within twenty minutes of arriving, the girls jumped in to the heated pool which overlooked one of the many watering holes on the site. After wrapping themselves up in as many layers as possible, the girls jumped into the jeeps to begin the sunset game drive. What an incredible experience this was; the girls were able to see four of the Big Five and also, a mum with her cheetah cubs. One jeep saw two cheetah cubs run towards a herd of wildebeest, who quickly retreated and another jeep saw the male cheetah just before he was handed his breakfast!

The tail end of the trip was a humbling experience. Being shown around the Langa Township was incredible; the girls learnt about the Nelson Mandela project and how Eric, our guide, had such an important role within his community. Whilst we were eating our wonderful meal, a band played some classic songs for us to sing along to and afterwards, some of our girls were given the opportunity to play a song on the wooden xylophones.

Playing hockey against the Township with Table Mountain in the background was spectacular. Following our successful day at the Township we hoped on to the bus to tour around the Cape Peninsular. The girls saw seals at Hout Bay, the penguins at Boulder’s Beach, travelled up to Cape Point and posed for a photo at the most southwestern point of Africa. Over the next two days we explored Table Mountain and had a guided tour of Robben Island by an ex prisoner. We were incredibly proud of the girls during their visit and they asked the guide some really thought provoking questions.

The final two matches were against Kirstenhof Primary School and Wynberg Girls High School. Our matches against Kirstenhof were spectacular! Some excellent hockey was played by all three sides and the girls came off the pitch having recorded two wins and a draw. A special mention must go the C team who played brilliantly; they put into practice what they had learnt in the previous matches to score two magnificent goals. We were again, hosted brilliantly by this school and ended up staying there till 7pm!

Our final matches were against Wynberg Girls High School. The school itself was magnificent and the sports facilities were incredible. The Bs and Cs were all smiles after 40 minutes of hockey and they both recorded wins for Lambrook School. The As played valiantly in a fast paced match against Wynberg and they should also be proud of their performance as a team.

A highlight for the staff on the trip was seeing how well the girls got on with each other in both a social and a match setting. Each match, the girls went from strength to strength and it was wonderful to see individuals improve as the tour progressed. The girls were an absolute credit to the school; throughout the tour we had comments from the general public on how well-mannered and well behaved they all were.

I have no doubt that these memories will last a lifetime. 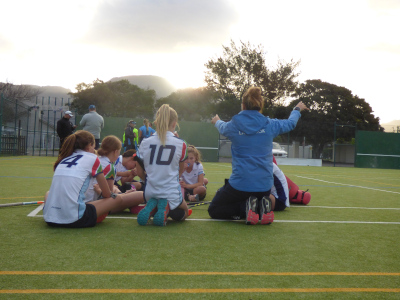 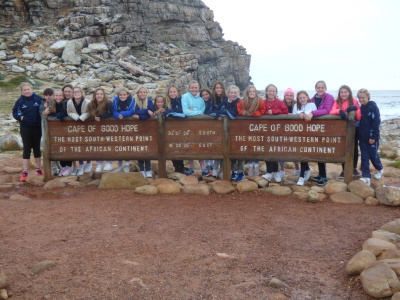 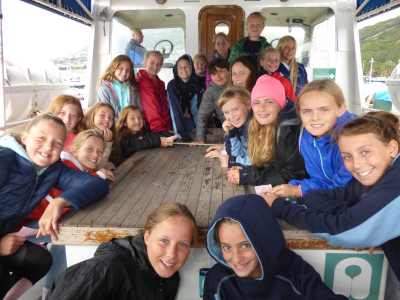 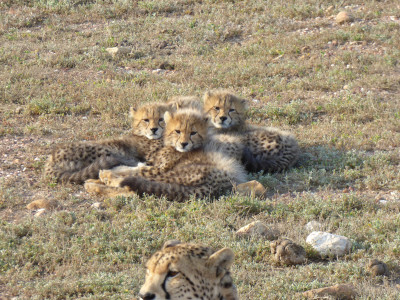