John Kimbell, School Archivist, has handed over to past pupil Nick Jones (pictured) a set of missing letters sent from Lambrook to his grandparents nearly 90 years ago by his father Maurice.

Written between 1928 and 1930, the correspondence was discovered by Alison Coulter in the drawer of a bedside table bought at an auction house in Hampshire but the auctioneers had no way of tracing the owner of the letters. 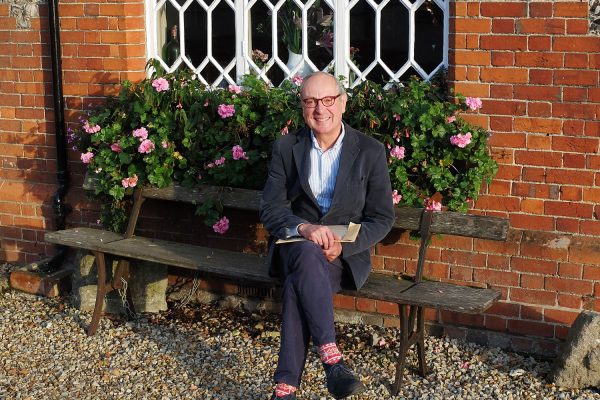 Recognising their personal and historical value she was unwilling to throw them away and instead contacted Lambrook in the hope that Maurice’s identity could be established and the letters returned to his family.

After extensive research at Lambrook and the Berkshire Record Office in Reading John identified ‘Maurice’ as Christopher Maurice Jones, who in later years was Managing Director of the Waitrose Estate at Leckford.

Maurice passed away in 2005 but John succeeded in tracking down his son Nick, another Old Lambrookian, whose name still proudly adorns the 1st XI team boards for 1964 and 1965 in the School Library.

In the presence of their discoverer Alison Coulter the letters were finally handed over to Nick’s care on Friday at Maurice’s local inn ‘The Peat Spade’ in Longstock near Leckford.

There is a final twist to this tale: it turns out that the Jones family’s long connection with Lambrook continues to this day as Nick’s niece Rosanna Kenber joined the school teaching staff in September!

Keeping in touch with Lambrook not only ensures that we can invite former pupils to reunions and other events; we are just as interested in learning how your journey has continued after your time at the School.

Our interest in the Lambrook community extends to all who have contact with the School including pupils, parents and grandparents.

If you are a former pupil or former parent and would like to keep in touch, please contact us at alumni@lambrookschool.co.uk with your name, address, contact details plus the year that you left the school.