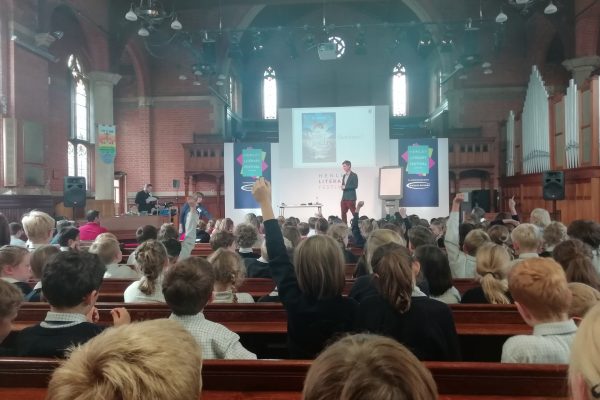 On Tuesday 1st October, Year 4 went to the Christ Church Centre in Henley to attend the Henley Literary Festival. An author called Ed Clarke came to talk to us about his book, The Secret Dragon. The Secret Dragon is about a girl called Mari Jones. She is eleven years old and really wants to be a palaeontologist but she lives on a farm. One day, she finds an egg, but she doesn’t realise it is an egg, she thinks it is a rock. Mari cracks open the egg and finds a little creature inside.

At the end of the talk, Ed Clarke asked us what we wanted to be when we are older. Some people chose to be scientists, others chose to be archaeologists. There were plenty of students wanting to be loads of different things. After that some people asked questions and then we left. We all loved the trip and I am sure everyone loved their new copy of The Secret Dragon. 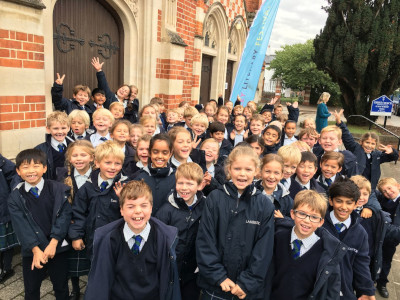 Year 3 has been to the Henley Literary Festival this week.  They went to listen to Francesca Simon, the author of over sixty books, twenty-five of which are about the much loved character, Horrid Henry. The children heard how Francesca, who is originally from America, loves to use alliteration in her books. They also heard how she gets her ideas from things that happen to her or other people and then she asks the question, ‘What would Henry do?’ Finally, she read the last story in her latest book which recounts the tale of Henry trying to engineer a way to go on a fearsome roller-coaster. This came about when Francesca herself managed to queue up for the wrong waterslide and, instead of gently gliding down some tame tubes, she found herself on a terrifying, gravity defying, hair-raising water slide with vertical descents. Sophie in 3LG and Ali in 3JB agreed that listening to the story and joining in with the ‘screams’ of the teachers and children on the roller-coaster was the best bit of the morning. Right at the end, the children had the opportunity to ask her some questions before each taking a signed copy of the book back to school with them. 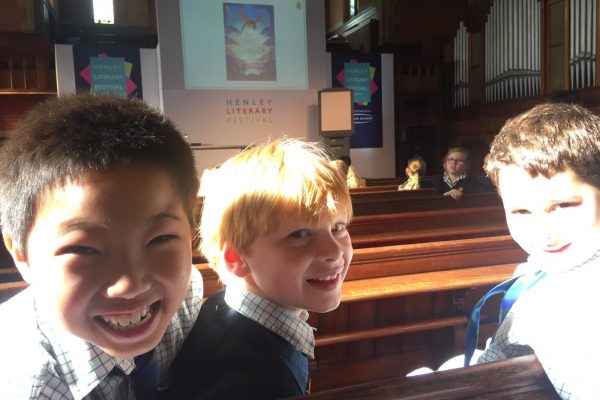 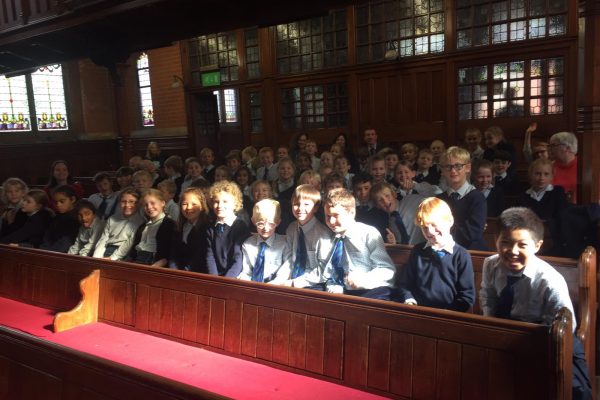 Revision – The importance of sleep, fresh air and a healthy diet

An exciting array of activities for Lambrook pupils