In what is only the second edition of the school’s ‘by the students for the students’ newspaper, The Lambrook Times; our young writers managed to secure an interview with Sir Anthony Seldon. Sir Anthony is currently the Vice-Chancellor of the University of Buckingham and previously the 13th Master (Headmaster) of Wellington College. In the article below, the Year 8 journalists confidently probed the political author for his writing tips and research methods as well as garnered some political views from this leading educator. We have included the full article below. 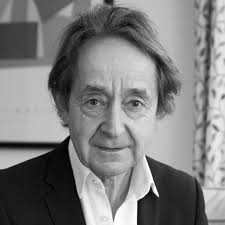 SUMMARY OF THE INTERVIEW WITH ANTHONY SELDON, by Lambrook Year 8 Pupils

We were very lucky to be able to interview Sir Anthony Seldon. He has previously been The Master at Wellington College and is now the Vice-Chancellor of the University of Buckingham. He is well known for his political biographies and has written about famous political figures such as Margaret Thatcher, John Major, Tony Blair, Gordon Brown, David Cameron and Theresa May.

Interview by Zachary and Orson, Year 8