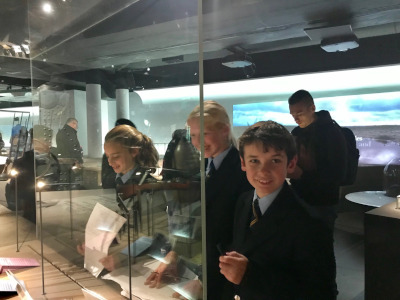 We went to the Imperial War Museum to explore World War One. We split into two groups. The first group was digital learning which is where they take a documentary of a few interesting objects. The second group explored the gallery of the World War One. For the digital learning we split into groups of three and started videoing the documentary, the year eights could have done it on the uniform, trenches, diary and other things. The other group split into groups of six or more and chose a topic to look at. The options were communication, animals, the battlefield, arts, role of women, consequences of war , remembrance , key personal and propaganda. We  are also doing a project of those topics as well. After they had switched and eaten lunch they explored the rest of the gallery and went to the gift shop. Overall they all had an amazing time at the museum. 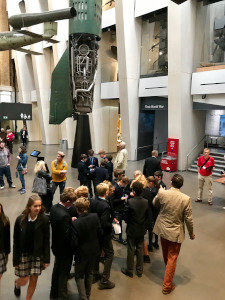