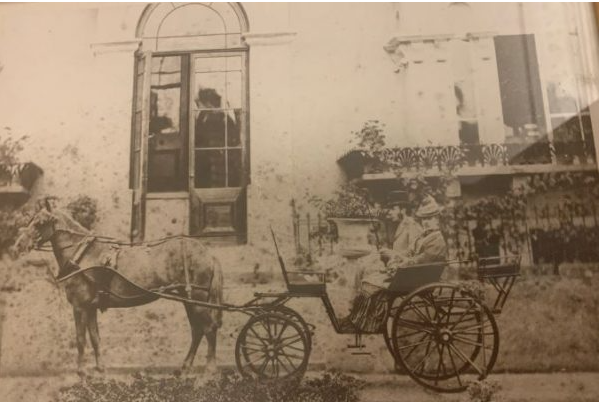 There has been a private school at Winkfield Row since 1860 when Robert Burnside acquired Lambrook House with an eye on tutoring the sons of courtiers of Windsor Castle. 140 years ago, in 1878, two of Queen Victoria’s grandsons, Prince Christian Victor and Prince Albert of Schleswig-Holstein, were pupils at Lambrook. Queen Victoria used to travel from Windsor Castle to Lambrook to watch her grandsons in plays and cricket matches. She is known to have parked her carriage where our new Queen’s building now stands, and watch them from there.

Lambrook grew steadily as a preparatory school for boy boarders and developed further in 1992 when day pupils were accepted, with a co-educational Pre Prep being opened shortly afterwards. Lambrook merged in 1997 with Haileybury Junior School from Windsor, which shared a very similar ethos and which had educated both day boys and boarders aged from 7 to 13 years old. Lambrook Haileybury expanded rapidly, soon added a Nursery and in 2009 formally withdrew from the arrangement with Haileybury, becoming Lambrook once more and now standing as an independent Charitable Trust in its own right.

One cannot overstress the warmth of feeling that Lambrook has engendered during its long period as a preparatory school through a great deal of many generations…which succeeds in developing a well adjusted and educated teenager who can look forward to a happy future Commander P.B. Jackson R.N. (1978)