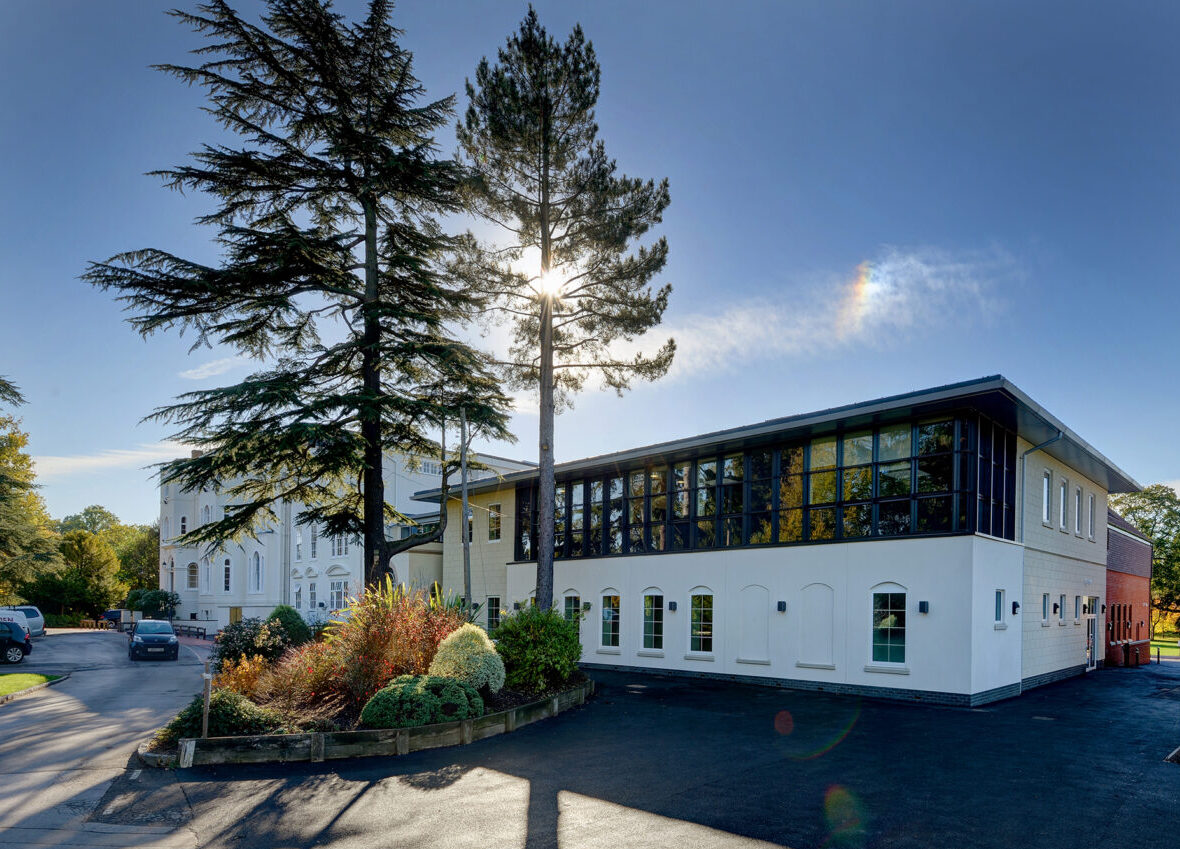 The Board is responsible for the school as a whole. The Governors approve the school’s strategy and budget, appoint the Headmaster and ensure that the school complies with all relevant regulations and legislation.

The full governing board meets termly. There are four subcommittees of the Board which also meet termly. These are Finance and General Purposes, Education, Governance and Nominations and Health and Safety. All governors serve on at least one of these committees. All of our governors are volunteers and are not remunerated for their services.

Patrick Burrowes graduated from the University of Bristol in 1987 with a degree in Law and passed the Bar at the Inns of Court School of Law the following year. After a successful period working for a common-law chambers in Bristol, he took a career change, becoming an FSA Registered Representative in Equities and Equity Derivatives and accepting a role at Deutsche Bank. Patrick progressed in this field enjoying roles at HSBC, Credit Suisse and finally JP Morgan Cazenove, where he concluded his City career as Head of EMEA Cash Equities. After leaving the City, Patrick spent four very happy years as Bursar at Bradfield College, an 820 pupil co-educational Independent school for children aged 13-18, allowing him to pursue a long-held passion to work in the education field. Paddy has a long connection with Bradfield , having attended as a pupil in the late 1970’s and subsequently becoming chair the Bradfield Foundation, a charity focused on raising funds for the benefit of the College, successfully leading a £1.25m campaign to restore and re-open Bradfield’s iconic Greek Theatre.  Patrick is also a member of the Advisory Board of Beech Lodge School, delivering educational opportunities for children who have needs that are difficult to meet in a conventional school.

Last year, Patrick was offered a business opportunity to play a part in the purchase and re-generation of the UK Tote, and therefore stepped down from his employed role at Bradfield, and returned to their board of governors.

Patrick is married with two sons – both of whom thrived during their times as pupils at Lambrook.  He is a keen sports enthusiast – with particular passions for rugby and skiing.

Christopher Bromfield was educated at Lambrook and Charterhouse. He graduated from Oxford University in 1972 with a degree in Philosophy, Politics and Economics and qualified as a solicitor in 1976. He spent the next ten years working in the City of London and in New York before moving to Wiltshire where he was a Partner in Wansbroughs in Devizes for more than twenty five years until his retirement in 2015. He practised largely in commercial law with a particular interest in advising schools and charities.

Christopher was for many years a Trustee of the Allergy and Asthma Trust, the British Society of Gastroenterology, the Pony Club (where he was also Chairman for three years) and the Wiltshire Community Foundation.  Currently he is Under Sheriff of Wiltshire and a Governor of St Francis School Pewsey.  He has three children and six grandchildren.

Ben Chukwuemeka was educated at Haileybury Junior School and Eton College. He graduated from University College London in 1995 with a BA Honours degree in Modern European Studies and French, and began his city career in European Equity Sales at Kleinwort Benson. He moved to New York in 1997, where he spent 7 years in Equity Sales roles at Kleinwort Benson and Merrill Lynch. Soon after returning to London he joined macro hedge fund Rubicon as an analyst, and from 2007-2010 he was a Portfolio Manager at Fortress Investment Group, managing a Global Industrials portfolio on the Fortress Commodities Fund. He returned to Equity Sales as a Director at Credit Suisse in 2010, and since 2014 he has been a Managing Director and Head of Equity Sales in Europe at Evercore Partners, a Global M&A Advisory and Equity Research firm. He was appointed Head of Evercore’s Equities business in Europe in early 2020, and is a member of the board of Evercore ISI International Ltd.

Ben is an enthusiastic sportsman with a particular interest in rugby and cricket. He is married to Louise and has two children at Lambrook, who joined the school in 2015.

Annette Dobson graduated from Cambridge University in 1992 with a degree in Education and Geography (Homerton College). She began her teaching career at North Bridge House School, Hampstead. After three years she moved to teach Year 1 at Thomas’s Clapham becoming Head of Lower School, leading Reception and Years 1 & 2, a year later.

During her time at Thomas’s Clapham, Annette furthered her interest in Specific Learning Difficulties by completing a postgraduate certificate in SpLD. Her main study was in the teaching of phonics.

In 2005 Thomas’s opened a new Prep School in Fulham with Annette as founding Head. In its first 10 years, Thomas’s Fulham has grown from 97 pupils to a roll of 430 and is graded an outstanding school by Ofsted. In Spring 2015, Annette took a working sabbatical from Thomas’s and visited schools in Singapore, Australia and the USA furthering her interest in the skills pupils need in order to be successful learners in the modern world.

Annette has been a governor at Lambrook since 2012; she is a member of the Education Committee and has oversight of the Nursery and Pre-Prep.

Hannah has worked in clinical, training and management roles within the NHS for over 30 years. Most of her work has been within children’s services and as a result she is experienced in regulation, compliance and safeguarding. After completing an MSc in Professional Education and Management she moved on to be University Senior Lecturer, lecturing in Child Health and Public Health. She has now returned to the NHS where she is Head of Specialist Children’s Services in Berkshire Healthcare NHS Foundation Trust. She has been a Special Advisor for the Care Quality Commission. She is currently studying for a Professional Doctorate.

Hannah is married with two sons, both of whom were educated at Lambrook.

Donald Macleod qualified as a Chartered Accountant in London before taking on his first role at Touche Ross in New York. Roles at Diners Club International, May Department Stores and Unigate plc followed. In 1989, he became a partner at the international executive search firm, Korn/Ferry International. Despite retiring from the firm, Donald continues to advise the company in a consulting capacity.

Donald has been a member of the governing council of Haileybury since 1999 and oversaw the school’s successful expansion abroad. Donald became involved with Lambrook when Haileybury merged with the School in the 1990s. Although the schools have since formally separated, he remains involved with both.

Angus Neil is a Chartered Architect and Managing Director of Edgington Spink and Hyne, one of the oldest architects practices in the country, based in Windsor. Past clients have included a number of independent schools in the Berkshire area developing projects ranging from theatres, libraries and classrooms, through to student and staff accommodation and sports facilities. Prior to joining the practice, Angus studied at the Oxford School of Architecture.

Angus has an in-depth knowledge of the local area where he has lived, worked and raised his three sons as a proud Windsor resident over the last forty years.

Annabel is also a founding Trustee of The River and Rowing Museum in Henley-on-Thames and of her own charity, The Annabel Arbib Foundation, which sponsors The Langley Academy Trust and has a focus on education. She was a Trustee of the Academy Sponsors Trust and then sat on the Academy Sponsors Advisory Council for the Specialist Schools and Academies Trust. She was appointed an Honorary Member of Council of the NSPCC in 2007. In October 2016, Annabel became a Member of The Marlow Education Trust.

Annabel has been a governor of Lambrook School since 2012. She is Chair of the Education Committee and has also previously held the post of Chair of the Health and Safety Committee.

Annabel has three children; two of whom have been educated at Lambrook.

Educated at Eton College, Alex Peterken read Theology at the University of Durham, and was also a Choral Scholar at Durham Cathedral. He holds an MA in Educational Management and a Doctorate in Education, specialising in School Leadership.

Alex’s first teaching post was at Charterhouse where he spent 11 successful years in several posts including Head of Theology, Head of Higher Education & Careers Guidance and Housemaster. He joined Cheltenham College as Deputy Headmaster in 2008 and became Headmaster in 2010.

In January 2018 Alex returned to Charterhouse as Headmaster. He is passionate about co-education and helping pupils achieve their academic best, whilst stretching their co-curricular talents and preparing them for life beyond school. Alex sits on the Education Committee at Lambrook.

He is a devoted family man and enjoys his busy family life. He is married to Henny and has six children.

After being educated at Cranleigh School, Andrew went on to Exeter University where he gained a combined Honours in History and Politics. Andrew spent his early career working on several political campaigns in both the UK and the US, before becoming a UK Government Special Advisor as well as working at International Communications Firm Brunswick, in London and New York.

Following the UK Phone Scandal in 2011, Andrew joined the Executive Committee at News International (News UK) and then founded Greenbrook Communications, a specialist communications firm that advised financial organisations and individuals on all areas of communication, reputation and risk management. Andrew is also a trustee of The Rainbow Trust Children’s Charity.

Andrew is married to Melanie and currently have two children at Lambrook.

After graduating from The University of Pennsylvania, with a degree in Communications and Marketing, Rakhi started her career in Boston, Massachusetts as a management consultant at a boutique strategy consulting firm which later became part of Oliver Wyman. In 2000 she moved to the UK and spent several years working for TomTom, launching their wireless location based service,  and then Amazon, eventually running UK retail for Media.

Rakhi is a now a non-executive Director sitting on several public company boards including Schroders, Kingfisher (owns B&Q) and Rightmove. She also sits on the audit committees of Schroders and Kingfisher.

Rakhi is married to Daniel and together they own Stanlake Park Wine Estate in Twyford. They currently have two children at Lambrook.

Peter McKee grew up in Belfast and was educated in Scotland. He read Law at Downing College, Cambridge, joined Middle Temple and was called to The Bar in 1987. By then he had decided that his future lay in teaching rather than in a career as a barrister. He returned to Cambridge for two years to study Maths and Education and then took up a post at Sherborne in Dorset. After four years there, during which time, in addition to his Maths teaching, he coached a wide range of sports, was a Deputy House Master and still found time to play for the town’s rugby club. In 1994 he moved to Eton. He was a House Master from January 2000 until the summer of 2013 and after that spent five years as Eton’s Director of Admissions. He is now back in the classroom, teaching Maths. Whilst at Eton he has been involved in developments in the school’s academic curriculum, pastoral provision, admissions policies and sporting programme. He has previously been a governor of two other independent schools. He is also a member of the management board of his wife’s family estate in Surrey.

Peter was married to Emma, who passed away in 2011. Their son joined Lambrook in 2014 and will finish his time at the school in July 2020. 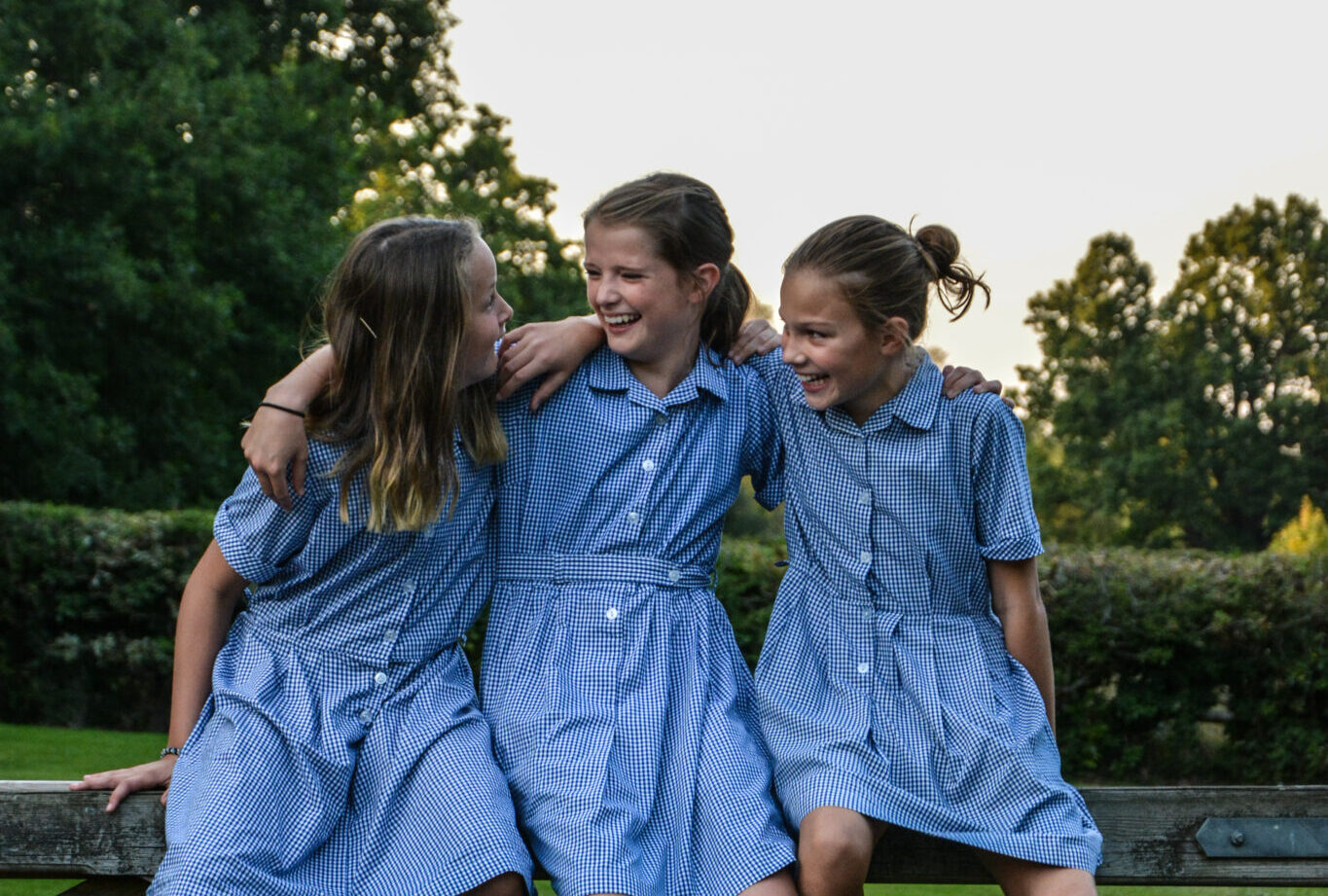